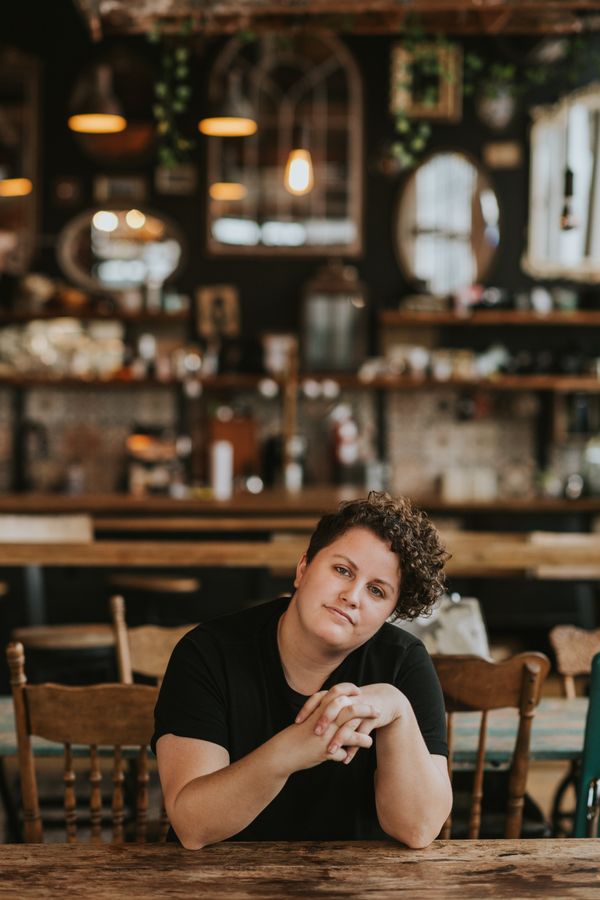 There is something truly extraordinary about Juno award nominee, Kellie Loder. It can be found in their poignant and timely lyrics set against magical melodies. It can also be found in the singer/songwriter’s electrifying live shows, inspiring profound emotion in listeners. You’ll cry, you’ll laugh, and you’ll tell your friends about it. CBC q’s Tom Power proclaims “If I were a betting man, I’d bet the house on Kellie Loder being the next big thing out of Newfoundland”.

Loder is was awarded first runner up on the 2022 season of Canada’s Got Talent. Included in their long list of accolades are recent 2022 ECMA nominations for Songwriter of the Year as well as Fan’s Choice Entertainer of the Year. They were named the 2021 Ron Hynes Songwriter of the Year at the Music NL Awards this past December and received a 2021 ECMA win for their groundbreaking music video and song “Molded Like A Monster”.

Their 2019 single “Fearless”, received high praise and was chosen as the soundtrack behind CBC’s 2021 Tokyo Olympics coverage as well as the soundtrack behind an IMAX Trailer for Superpower Dogs, narrated by Chris Evans (Captain America/Avengers).  Their continued accomplishments and hard work has placed them on the same performance stages as Melissa Etheridge, Steven Page, Paul Brady, Joel Plaskett, Alan Doyle, and more.

Anyone who has heard Loder or watched them perform knows one thing is certain: they’re a towering talent about to explode on the world stage.